Home Cinema Upgrade to Entertain the Next Generation

"I would highly recommend Aperio Audio Visual because of their knowledge and the comprehensive service they offer. An audio-visual system is a significant spend and we wanted it to work for the whole family. I fully recognise the techniques people use to get a deal; I was impressed when I met with Aperio Audio Visual, because they listened well, made thoughtful comments and didn't try to sell me a particular system. They think outside the box to come up with a solution which works."

Since moving to the UK, Gianfranco had been struggling to integrate equipment brought from the US to work in his countryside home. He decided to start from scratch to upgrade his home cinema and replace the entertainment system. The family needed a system which would be easy to use - to watch TV or play music in any room. Gianfranco wanted a professional installation service to make it work in multiple rooms to suit them. At the Home Building Show in 2016, he saw the Aperio Audio Visual showrooms system and followed up to have a demonstration.
"I had wanted to upgrade our system for a while, but exploring the options led to companies who were selling a sound system or expensive home cinema equipment, who didn't want to offer advice or service to cover the whole audio-visual set up. When I met Aperio Audio Visual, I knew they were genuine experts because they know so much about the actual installation as well as the equipment." 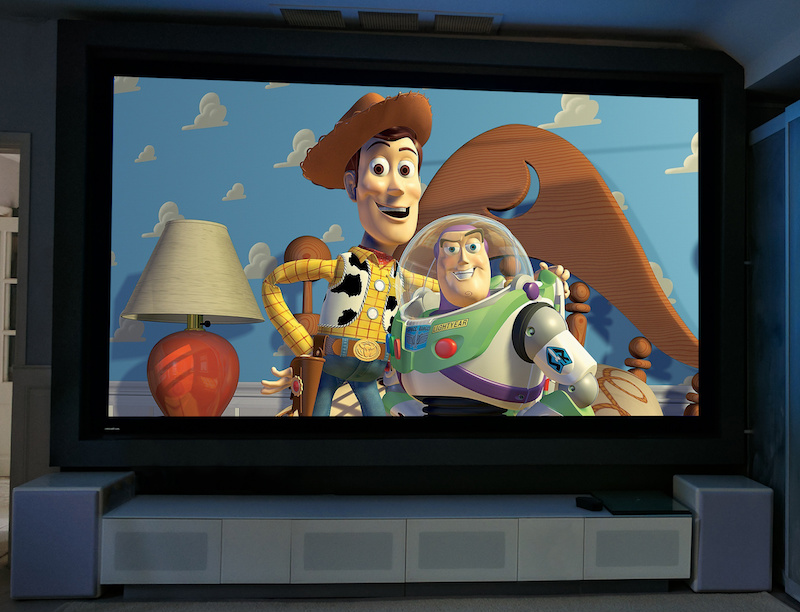 Approach - design and retrofitting the system

Aperio Audio Visual came out to visit Gianfranco's home and assess what the family wanted. Completing the design included checking the power connections, network and cabling requirements for each room. Aperio Audio Visual's initial proposal set out the most efficient way to set up the home cinema and incorporate the sound and entertainment. Aperio Audio Visual were able to advise on buying equipment to future-proof the system as far as possible, with advances in technology and changing needs at home. As they were starting the install, Gianfranco asked them to look at how it could work with Amazon Alexa which they explored and successfully added in.

The proposed home entertainment system has suited the family well. Gianfranco found the service comprehensive throughout the planning and implementation. Since installation, Gianfranco has been impressed with the highly responsive aftercare service to troubleshoot any issues. As with all families, there are times when the younger children press the wrong buttons or the system needs re-setting. Karaoke was not in the original design, but once mentioned, Aperio Audio Visual made it happen by configuring it into the system. This and the home cinema has proven to be very popular with the children; the cinema room adds kudos for Gianfranco's eldest child for sleepovers with friends! 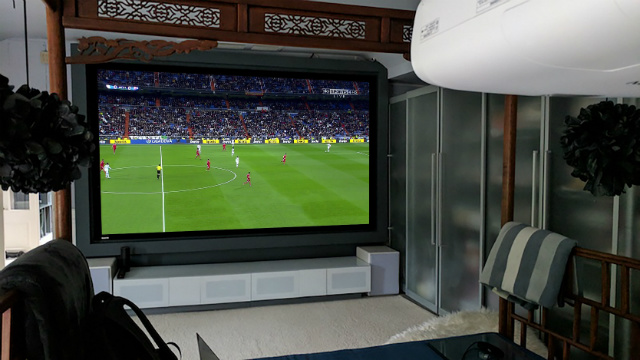